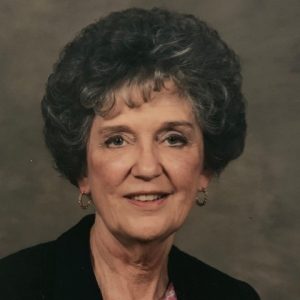 Joyce Ettensohn was born in southern Indiana and entered nursing school because it was an option that paid for her education. She moved to Champaign in 1965 and began working at Cole Hospital. She began work at the Champaign County Nursing Home in 1970, became Director of Nurses in 1980 and served as Administrator from 1984 to 1994. At the end of her career she said, “From the moment I got into nursing, I couldn’t have imagined any other career that I would have loved so much.”

Mrs. Ettensohn was a visionary who foresaw the needs of the community and started the Champaign County Adult Day Care Center, Alzheimer’s Unit and Child Day Care Center. Champaign County Nursing Home also had an active auxiliary that shared her mission and worked with the Activities Department to provide special activities and services. The Auxiliary members led a weekly sing-a-long that brought the joy of music to the residents, adult day care and child care participants. The Dietary Department was known for its home-style cooking and holiday parties. She introduced pet therapy to the nursing home, and the feline visits were equally enjoyed by residents and staff alike! She took pride in maintaining the historic buildings that once housed the Champaign County Poor Farm, TB Center and later the Champaign County Hospital and Polio Contagion Unit.

“Mrs. E.” as she was affectionately called by her staff, believed in providing the highest nursing care possible. She brought the listening skills she learned as a nurse to management and guided staff to always make the decisions that were in the best interest of the residents. She promoted continuing education for staff and always supported the staff’s desire to increase credentials (CAN to LPN, LPN to RN) She was also influenced by her experience of growing up with a developmentally disabled sister. The grateful families of the residents truly revered Joyce Ettensohn. Under her administration, the Champaign County Nursing Home always had a waiting list for admission due to its state-wide reputation for quality yet affordable care.

Mrs. Ettensohn published the book “There is a Season” which featured residents of the nursing home and chapters about their lives. She was also a devoted mother to two sons, Richard, an attorney and Charles, a professor of Biology.